In an earlier article on the Geekcreit UNO I showed you how you can download and install the Arduino IDE from the Ubuntu/Mint software repositories. Although it is quick and easy, it doesn’t install a recent version of the IDE. If you want the latest and greatest, below is the way to do it. If you want to learn how to install the Arduino IDE on Windows, you should follow this link instead.

You can have multiple versions of the IDE on one computer without any problems. All the versions will be installed in their own separate directories. It will probably be a good idea to rename the shortcuts on the desktop and the application menu or you might end up with multiple “Arduino IDE” shortcuts, which can be confusing. It will be a bit more practical to rename each shortcut to “Arduino IDE <version number>”. How to rename shortcuts on Linux Mint 17.3 Cinnamon, see below.

First, you should visit the downloads section of the official Arduino website and get the version for your operating system. I am running Linux Mint 64-bit so I chose the “Linux 64 bits” version.

The latest version number at the time of writing was 1.8.0. So I ended up with the file “arduino-1.8.0-linux64.tar.xz” in my Downloads folder.

Head over to the folder where you downloaded the file (e.g. “Downloads”) and extract the file using the Archive Manager by double-clicking it.

After the extraction, open a terminal window (CTRL+ALT+T) and go into the Downloads folder:
cd ~/Downloads

Move the folder containing the extracted files to the “/opt” directory. The “/opt” directory is the directory reserved for all the software and add-on packages that are not part of the default Linux installation. Remember to change version number “1.8.0” to the version you downloaded!
sudo mv arduino-1.8.0 /opt

You should see a file “install.sh”, the installation script. Make it executable by using “chmod +x”:
chmod +x install.sh

This will install the IDE and create the shortcuts in the application menu and on the desktop.

Here is how to rename the shortcuts, which might be handy when you want to install multiple versions of the IDE.

For the application menu (a.k.a. start menu or main menu):

For the desktop icon: 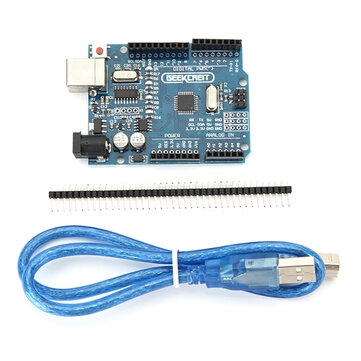